Expertise of a full software development team, in only an individual.

My name is Spencer Nusbaum. I am an employed Software Developer at Graphic Products, a college graduate, a home owner, and a Beaverton Oregon resident. This website is my portfolio. It was created to demonstrate work I do, work I have done, and work I am capable of. Please, take a look around.

For the past three years, I have been freelancing and consulting for various individuals and businesses throughout the area. In addition, I have been working on software projects since I was of age 10 with the assistance of my dad, who is a Software Developer as well.

The projects I have worked on range quite a bit; some needing quite technical knowledge. One of the first projects I freelanced for was a C++ written DNS firewall updater, that updated a Microsoft Windows firewall when the IP addresses on a DNS server changed. Another project I did was create the content-management and font-end sides of http://aaronartist.com. I've consulted for Something Clever Creative Production for nearly all of those years, creating a variety of applications as well. The projects for them ranged from a very configurable automated photography rendering software package, server-side backend work, two separate versions of an image and video thumbnail previewer and full media viewer software (one written in Java, the other in C++ using the Qt framework) that allows sending media to personal emails, posting to facebook, posting to twitter, and posting to instagram. The second version had an extension to load badge information via Qr codes and accept an API key (configured before the main program is launched), which allowed for users to not need to enter their contact information anymore to share media. I even created a project for Microsoft Xbox Game Pass though this company, which was an interactive survey that resulted in two suggested games, one new, one old, based on the user input. At work, I work on printer software and DevOps tasks. For leisure, I work on a variety of arduino/raspberry-pi electronics projects, and a variety of programming projects ranging from automation, single-player game hacking, changing functionality and outcomes of executable games.

As you can see from my writing, I have experience in a wide range of topics, and I am always learning more. I'm am able to give the expertise of a full development team and yet, I'm only an individual. I use professional DevOps software development tools to assist in my creation of these projects, including git, Jenkins, Alassian Jira, Atlassian Bitbucket, and Atlassian Confluence.

If you are interested in scheduling my services, please visit this page to request a quote:
Scheduling Software Development Services


Thanks for reading and visiting my site! Please explore more below - I have my projects, skills list, resume, and more.

Built and launched a dropshipping Shopify-based business with my brother, a Graphic Designer. Many products have our own designs and logos on them. We aim to provide unique space-related products from around the world on our site. I have developed custom software written in C++ with the Qt framework and Shopify's API to help speed up time and accuracy maintaining and improving the website. The store is live here: https://www.UnitedSpaceTravel.com 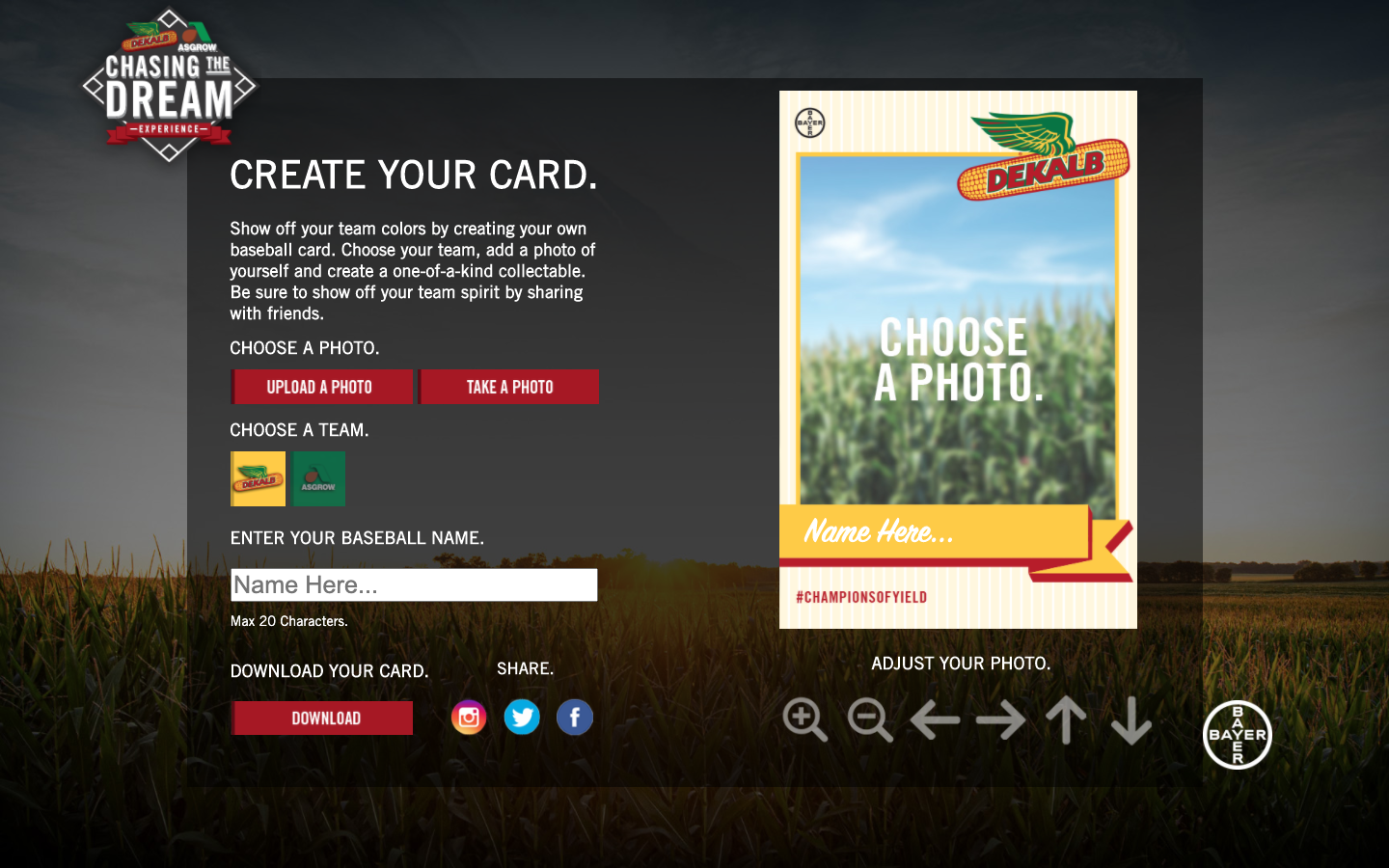 Created a custom baseball card creator website for Something Clever Creative Production. It provides a web interface where clients can upload or take their own photo within the provided baseball card frames. They then have the option to move the image around and resize it. This site is live here: https://fps2020dkasphotoop.com

This is my YouTube channel where I post informational videos that range from game hacking to useful utilities and even electronics, all of which require at least some C++ development. At the time of writing I have 352 subscribers, 50,274 views, and 29 videos. You can check it out here: https://www.youtube.com/c/CppObjectOrie... 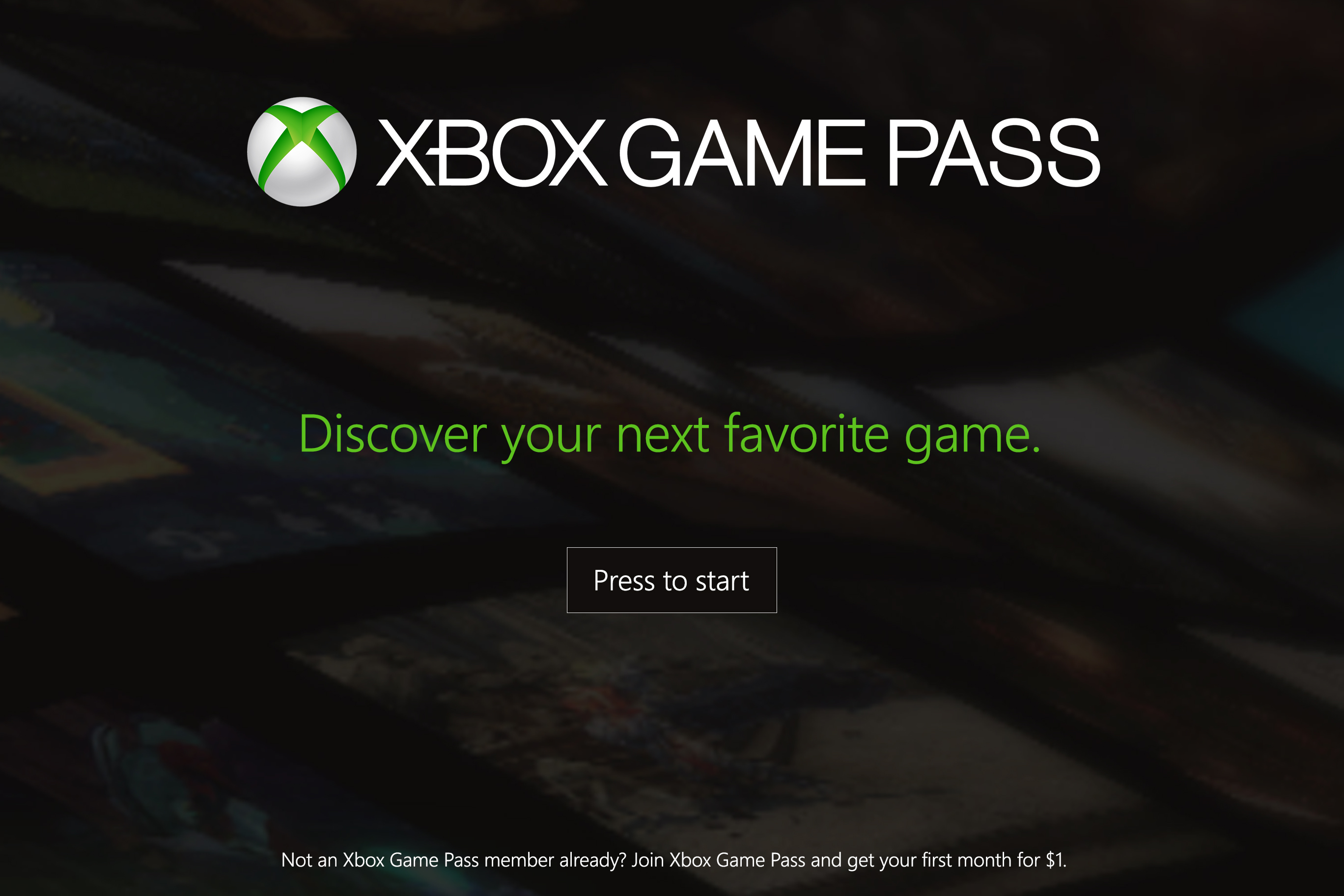 A project done by me for Something Clever Creative Production, which was then for Microsoft Game Pass, is a Game Quiz. It works by allowing users to select different personality traits, and at the end of the quiz, see two suggested games for them - one released game and one un-released game. It was a fun project to make. It had very strict requirements for the graphics, and functionality. I wrote it in C++ with the Qt framework. 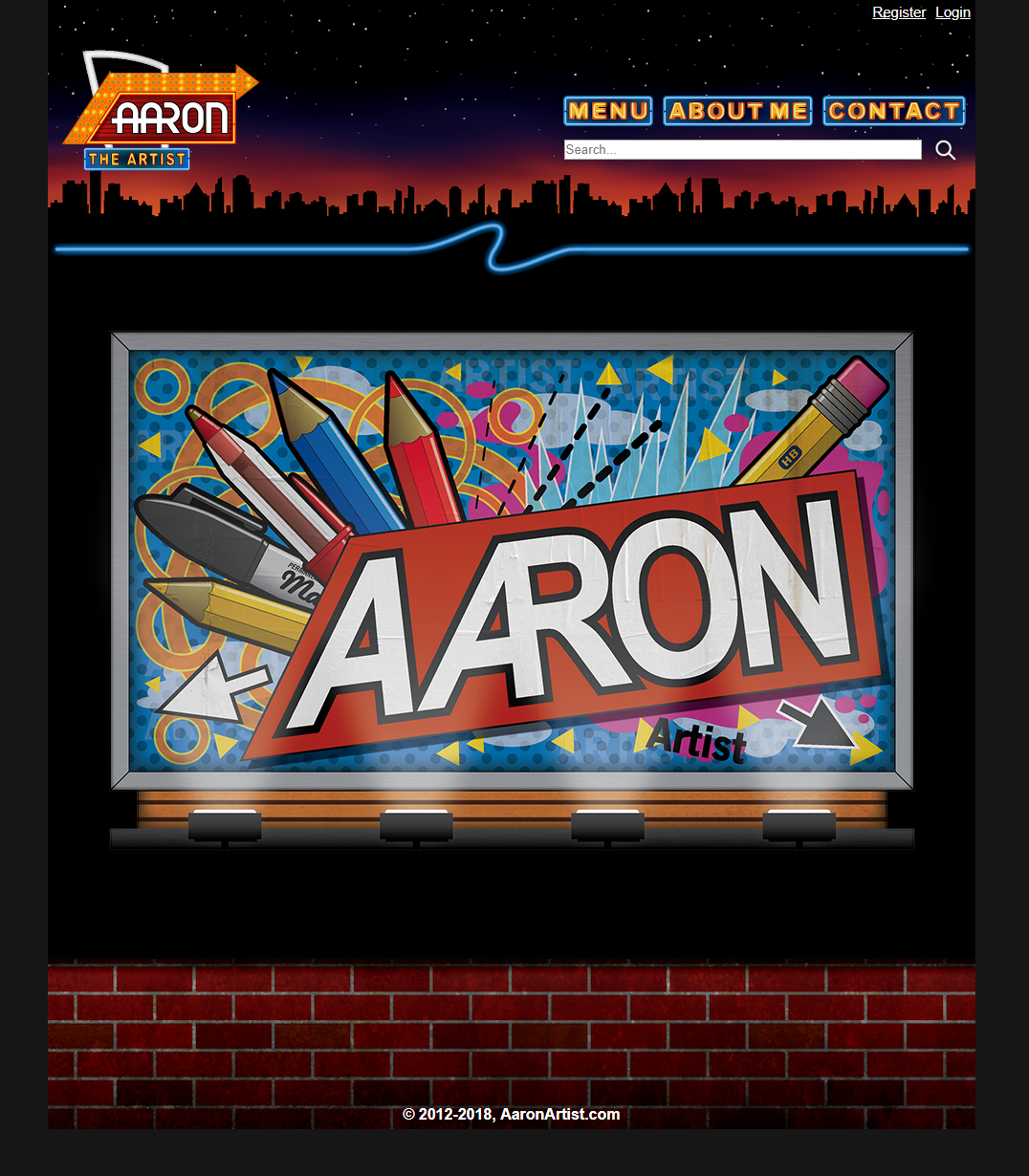 My brother is an artist and requested I help him create his website. I created both the content management side of things and the website itself, using artwork from my brother. You can view it here – AaronArtist.com. I wrote it in PHP, HTML and CSS with a MySQL database. It allows for a nice gallery of his art, serves as his portfolio, and is a point of contact for him.

I’ve done a few videos on YouTube on game hacking. In total they provide enough information to tackle on other games. I do not condone illegal hacking, and I personally only manipulate a game in single player mode. This is useful knowlege on the innerworkings of a computer, and security in general. You can find my other videos here: https://www.youtube.com/c/CppObjectOrie.... 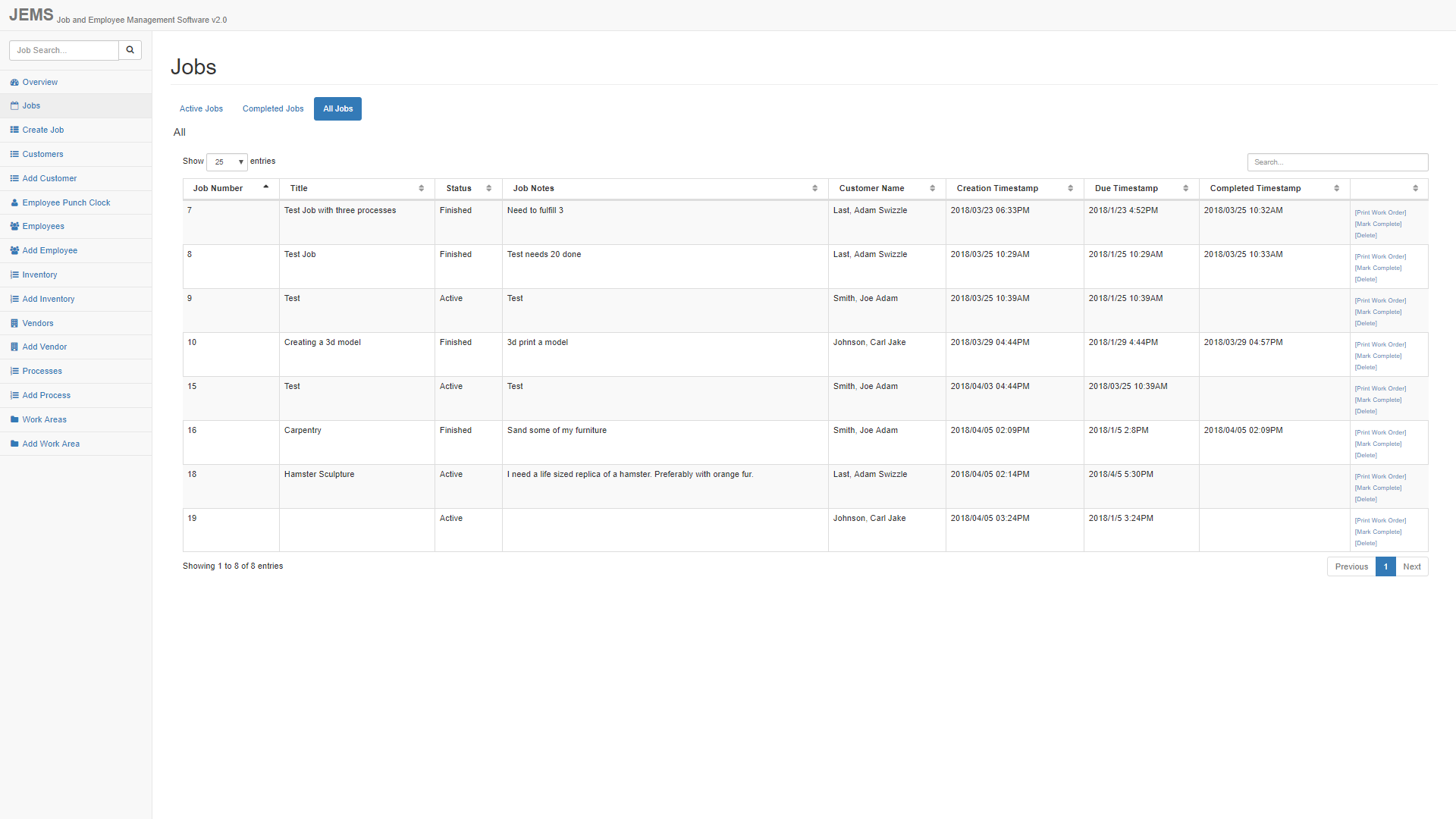 JEMS was a project I done for a freelance clientel who needed to manage clocking employees in and out, tracking customer history, managing inventory, tracking in-house processes, tracking in-house work areas, and even creating and managing jobs. It was a huge project, written in PHP with a bootstrap theme, some jQuery, and utilized MySQL for the database. I made two versions of it.

IHEMS stands for Intelligent Home Energy Management System. It was a project I did during the last three years of high school, and consisted of three separate versions. The first version didn't do much but did report energy consumption back to a very primitive website. The second version consisted of a scheduling functionality, ethernet connections to devices, and a functional but primitive interface to control the devices. This second version won 4th place at Washington State Univeristy's Imagine Tomorrow competition and got $1000 given to my team, and $1000 for my school in 2012. The third and final version had WiFi enabled controllable devices, a complete scheduling system, with a system setup for RFID entrance/exit monitoring and control ability, light switch monitoring, and outlet controlling. This final version won 1st place at Washington State University's Image Tomorrow competition, and a total of $10,000 - $5,000 to my team as well as $5,000 to my school, in 2013. It was primarily written in PHP, HTML, CSS, and used MySQL for the database. The electronics were home-made and Arduino based, controlled through a C/C++ like, Arduino software language. I'm in the center of this picture because I was the team lead and engineering club founding member, and designed all the electronics and software for the project.